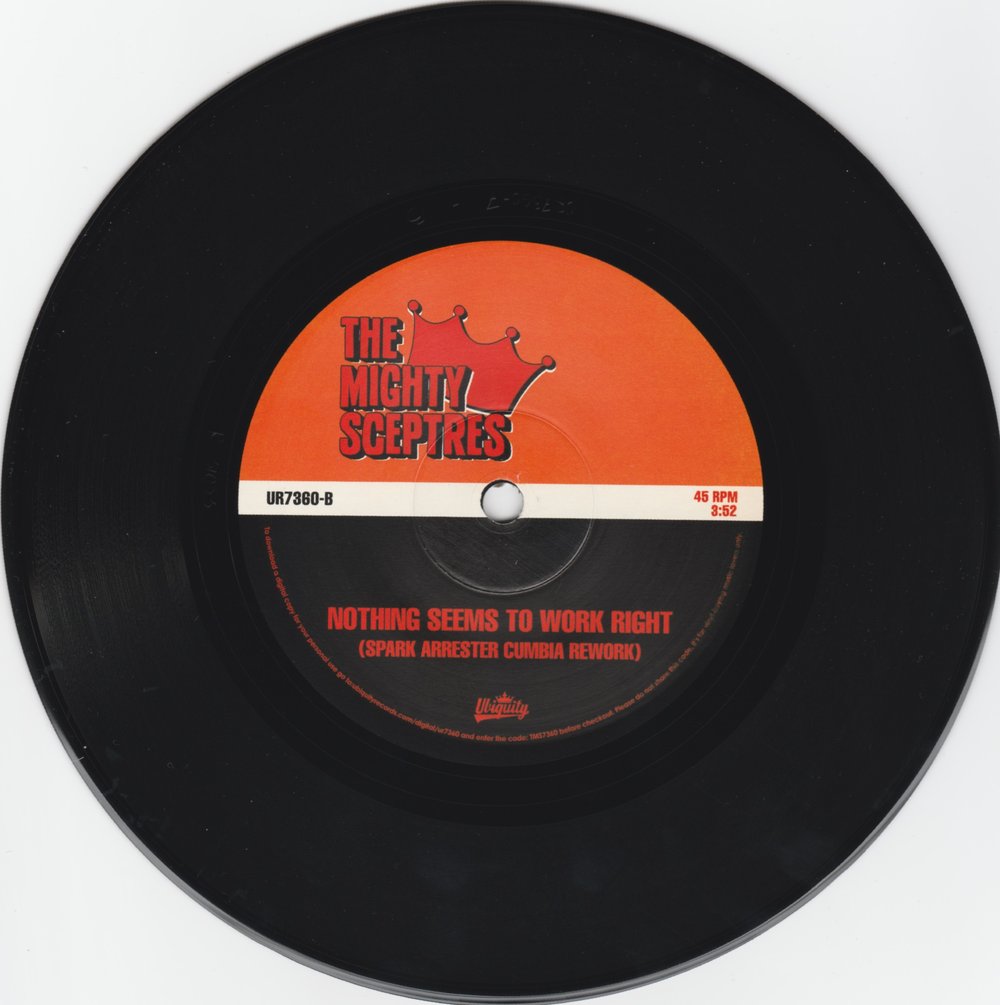 The Connection: Spark Arrester's Cumbia Rework is on this one. Spark Arrester was our first release. Ubiquity has released records by Monophonics and Ikebe Shakedown and we're releasing a record with musicians from the bands.

Long overdue for a vinyl pressing, Kenny Dope’s extended mix of “Shy As A Butterfly” by The Mighty Sceptres is now available on a proper 7in. The B-side features a killer dance floor-ready cumbia rework of “Nothing Seems To Work Right” by Spark Arrester.

With a well-received debut album under their belt and notable song placements in shows such as Ray Donovan on Showtime, The Mighty Sceptres drop a new 7in single featuring Kenny Dope’s extended mix of “Shy As A Butterfly”, previously only available as a bonus on their digital album. With collectors, record shops, and fans alike clamoring for a vinyl version, the 7in was hands down the preferred format of choice. Hailing from Blacksburg VA where he’s been a mainstay of the local music scene and purveyor of all things funky, Spark Arrester’s cumbia rework is a perfect fit on the B-side rounding out a single that’s sure to keep bodies moving on the dance floor all summer long and beyond.