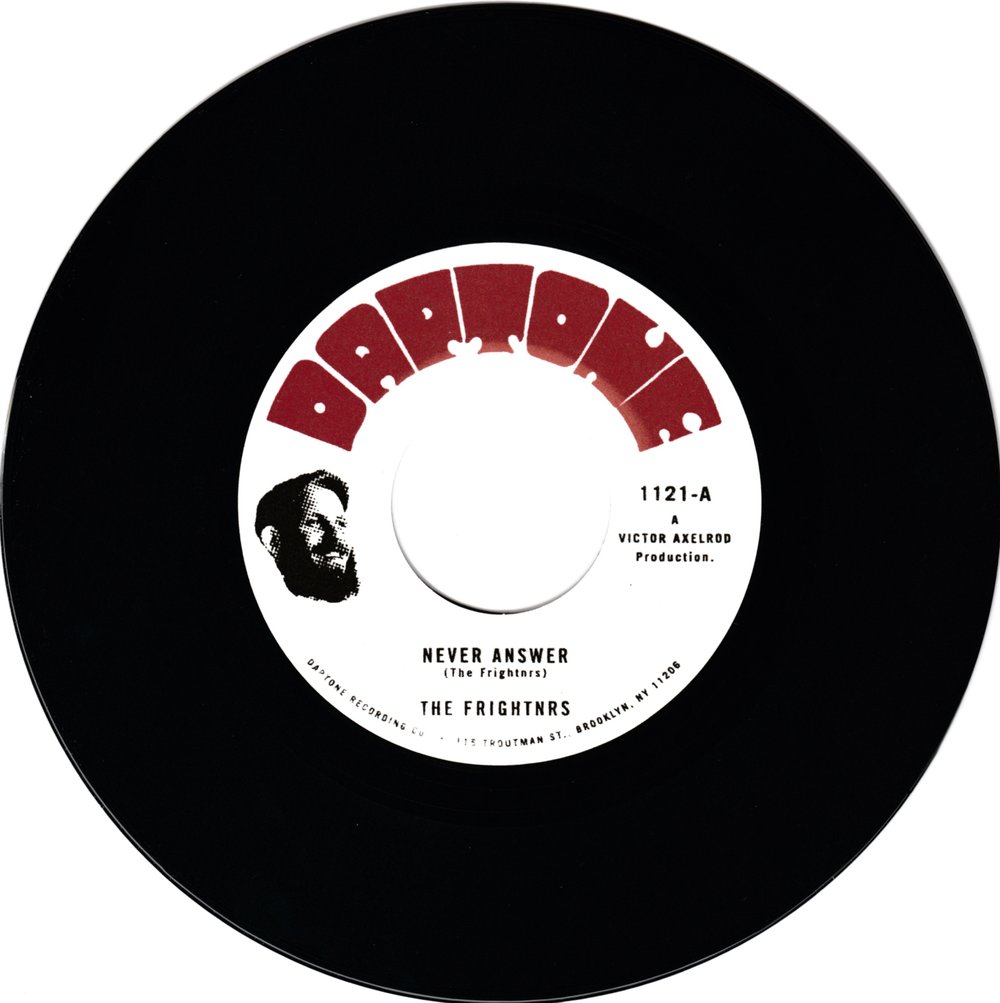 PULL UP! We got a brand-new-second-hand burner from the baddest rocksteady combo in the land...THE FRIGHTNRS! Originally released in the winter of 2012 as part of a self-released E.P., "Never Answer" b/w "Questions" has been remastered and lovingly pressed onto a 45rpm, 7" record - the way it should be! One of the first songs that found bassist Preet Patel in the proverbial driver's seat, the tune began as a instrumental demo with only a chorus melody and a strong UK Lovers vibe. Once Preet played it for the rest of the group the tune quickly came to life with the addition of Dan Klein's sincere, soulful vocal melody that pays homage to a long-time personal hero of the Frightnrs, the legendary Sugar Minott. The lovers rock touch mixed with the gritty Brooklyn & Queens rocksteady approach the Frightnrs have become known for has evolved into something all their own...some might say FRIGHTSTEADY. A truly hidden gem in the Frightnrs formidable catalog, that is sure to bring joy to any and all discerning selectors out there in the Daptone Universe.