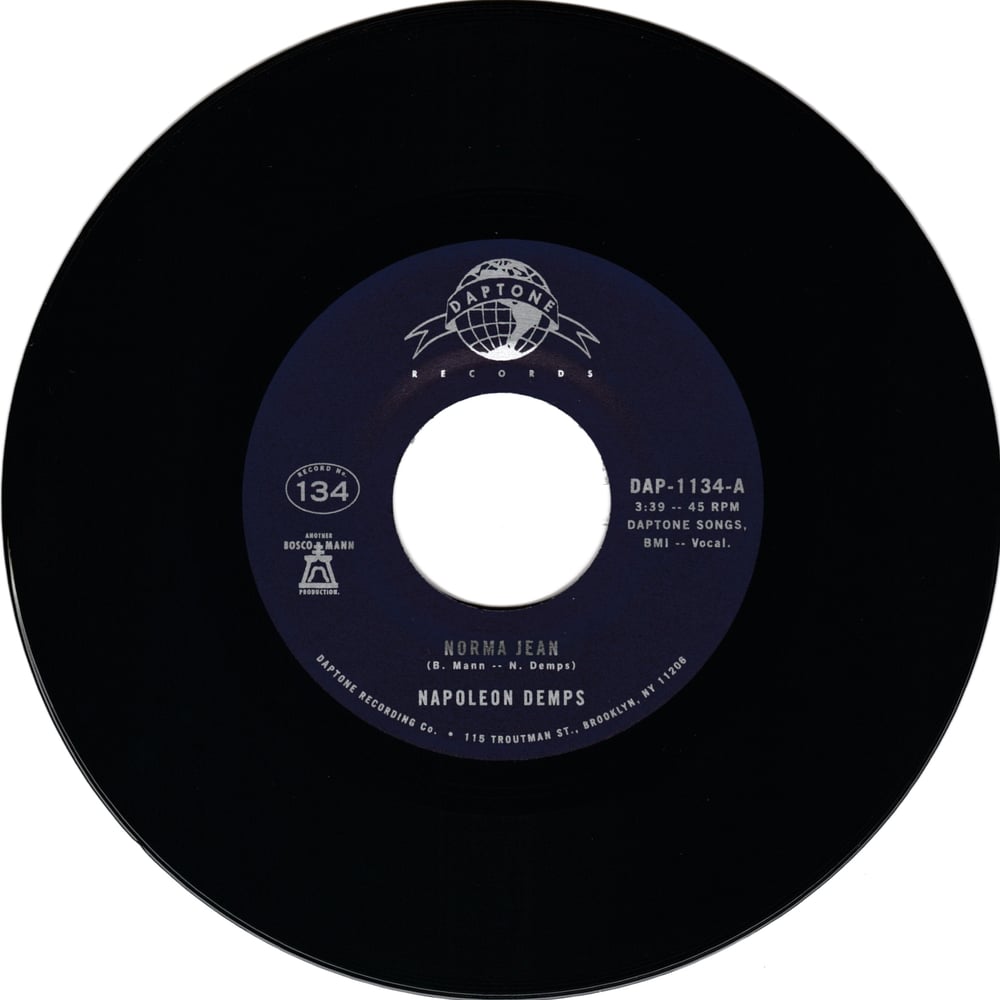 A Flint Michigan native, Napoleon Demps grew up listening to Soul luminaries OV Wright, Willie Hutch and Sam Cooke, whose influence led Demps down a path to becoming an accomplished Soul singer himself - scoring his first hit at the age of 24 in the still thriving Southern Chitlin Circuit of the early aughts. Demps, having been a long time Daptone fan, connected with the Dap-Kings at a soundcheck at a Detroit nightclub for an impromptu rendition of “A Change is Gonna Come.” Bosco Mann was floored by his voice and swore they would meet again. Last year, with that sweet soulful voice still ringing in his ears, Mann would reconnect with Demps and bring him out to Penrose Recorders in Riverside, California to finally cut his first Daptone side. "Norma Jean" is a funky soul groover that lands somewhere between the nuanced big city sounds Chicago and Detroit were pumping out in the late '60s: think the grit of Twinight's houseband Pieces of Peace, kissed by the sophisticated Motor City production of Dave Hamilton or The Brothers of Soul and you're getting warm. Napoleon's smooth, commanding voice injects a je ne sais quoi that's wholly fresh, bypassing the affected trappings that plague many of today's singers. In short...

Napoleon Demps is a Soul singer's Soul singer. Take a listen and hear for yourself!