Backbeat Underground - She Don't Love Me (Like I Do) ft. Aaron Abernathy (7") 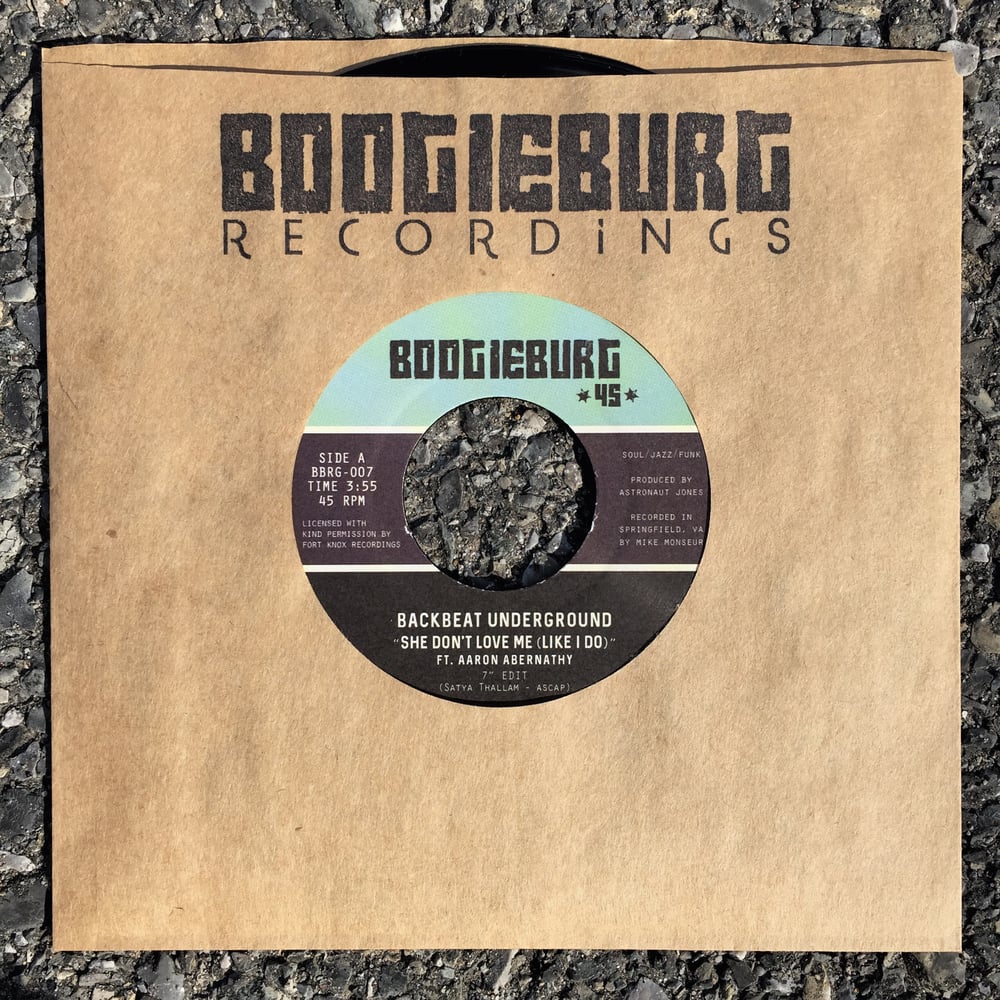 From Washington, DC – building on the city’s storied tradition in soul and funk – Backbeat Underground delivers the soulful scorcher “She Don’t Love Me (Like I Do)” featuring Aaron Abernathy recorded live in the studio with an eleven-piece all-star group of DC musicians from Thievery Corporation, See-I, Astronaut Jones, The Funk Ark, Black Masala, and more.

Aaron Abernathy is the musical director for Black Milk and Slum Village and collaborated with Grammy-nominate artists including Jack White, The Foreign Exchange, and Eric Roberson.

“She Don’t Love Me (Like I Do)” is far deeper than the average love song as it speaks not only to the heart, but also to issues of self-worth and identity in a time of social upheaval. Originally released on Fort Knox Recordings, Boogieburg is proud to offer this on vinyl for the first time.