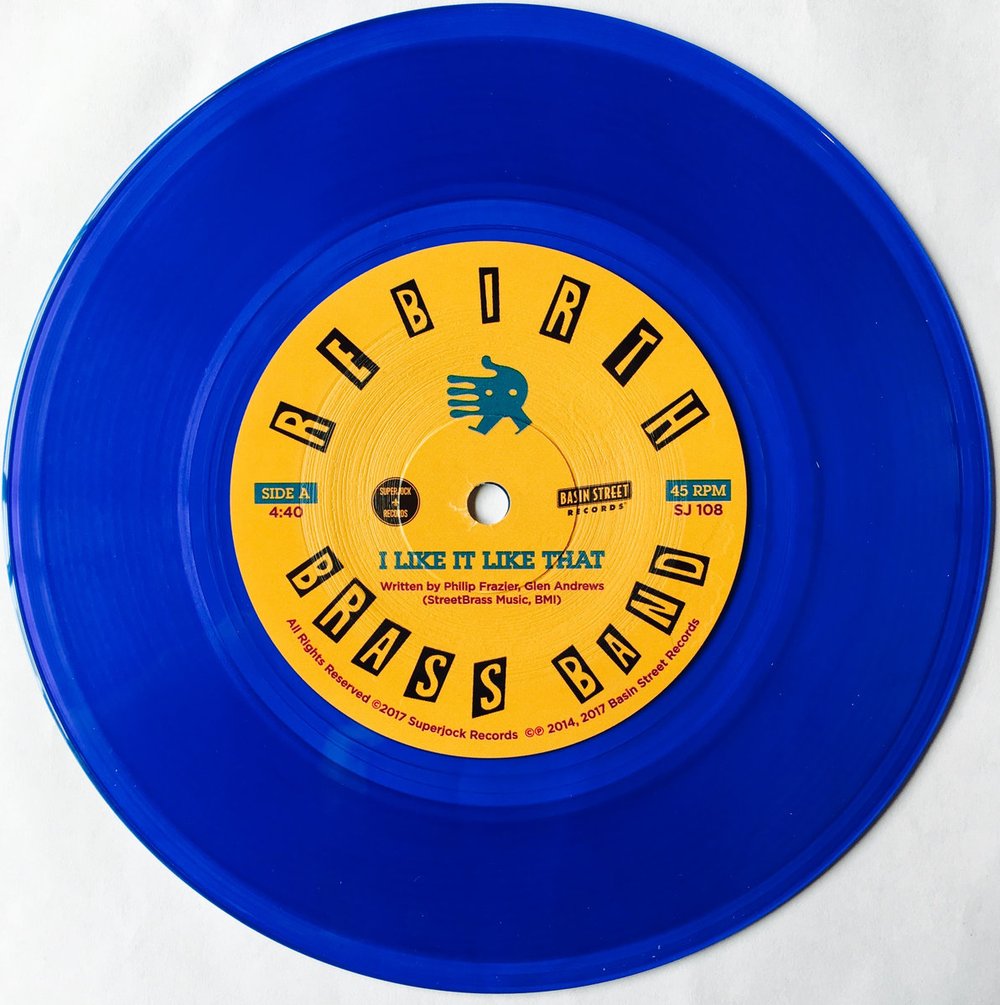 New Orleans Brass Funk! For the first time on a 45rpm, this single features two tracks off of Rebirth’s Grammy-Award winning album “Rebirth of New Orleans.” Hailed by the New York Times as “a New Orleans institution,” the Rebirth Brass Band have been at the forefront of the brass band revival that they helped kick off over 30 years ago. While committed to upholding the tradition of brass bands, they’ve also extended themselves into the realms of Funk and Hip-Hop to create their own signature sound.
“I Like It Like That” starts off with a sousaphone horn line that’s as muddy as the Mississippi River. When the drums and horns kick in, you’ll wanna jump up and party like it’s Mardi Gras!

“Do It Again” is an infectious party anthem (Geaux Saints!) that’ll stir your Soul and make you wanna lose your drawers at the same time!
Limited to 500 copies.